Seismometers have always been marvels of the latest technology of their era. Consider the instrument invented by the German geophysicist Emil Wiechert more than a hundred years ago: A 2000 pound mass rests on a needle point at the bottom of a pylon - held in place by nothing more than a few springs. With a clever system of mechanical levers, the movement of this big mass relative to the shaking Earth was scratched into soot paper - resulting in a seismogram. Modern seismometers have much smaller masses of only a few ounces. They use electronic circuitry to allow recordings of extremely small Earth movements of a few nanometers - a thousand times less than the diameter of a human hair. These instruments, however delicate, are made for use on land, operable only with careful set-up and adjustment procedures. 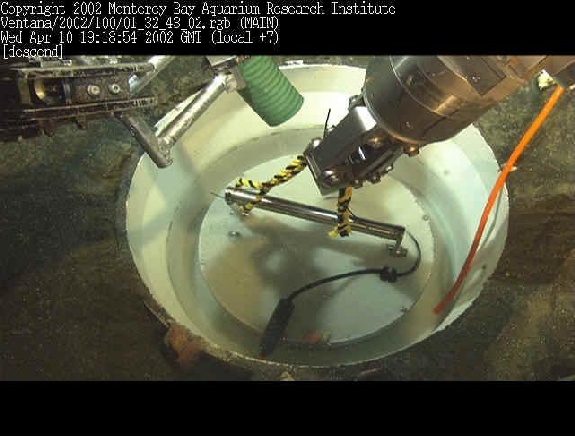 Now imagine trying to place such a sensitive, modern seismometer under thousands of feet of water at the bottom of the ocean. Not only must the instrument, an Ocean Bottom Seismometer (OBS), be absolutely water-proof for such depths. It also needs to be able to operate reliably for months at a time without any connection to the outside world. Even the set-up is a challenge: On land BSL's engineers and technicians go out of their way to ensure that the sensor is placed correctly and operates in a stable thermal environment. On the seafloor, an underwater robot guided by commands from a ship above has to do the job (see Fig. 1). 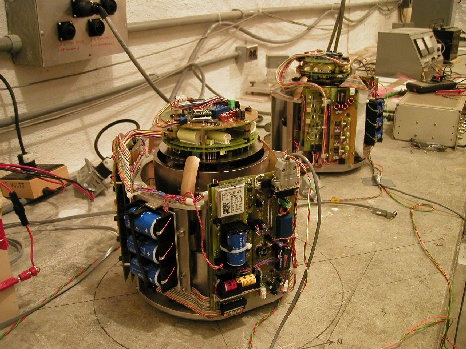 The OBS off the coast of Monterey, which we recently incorporated into our real-time network (see blog February 28, 2009), was built by Guralp Systems Ltd. in the UK. Its core is a very broadband feedback seismometer with three components, similar to ones used on land (see Fig. 2). But the OBS has many additional features: A stable internal clock provides the time signal, which on land we literally pull out of the air from the signals of those same GPS satellites that help you navigate around town. A motorized gimbaling system makes sure that the sensor is set-up horizontally and stays that way in the mud on the seafloor. On land, the leveling is done by humans, by tuning with finely threaded stands.

And then there is the issue of water resistance. Good diving watches can be taken down to 300 feet; below that, the O-rings are squeezed so tightly that they leak. Diving even deeper, the water pressure might crack the watch's housing. To protect the OBS against the forces of the watery depths, it is placed in a titanium housing, which is rated to withstand the pressure of a 18000 foot deep water column. (hra032)