The M6.0 South Napa earthquake occurred at 3:20 a.m. on August 24th, 2014. It caused much damage and injured many. It was the biggest temblor to hit the Bay Area since the M6.9 Loma Prieta earthquake of 1989. This event was of great interest to seismologists, especially at the Berkeley Seismolgical Laboratory. Below we have highlighted some of the research done at the BSL on the South Napa earthquake. 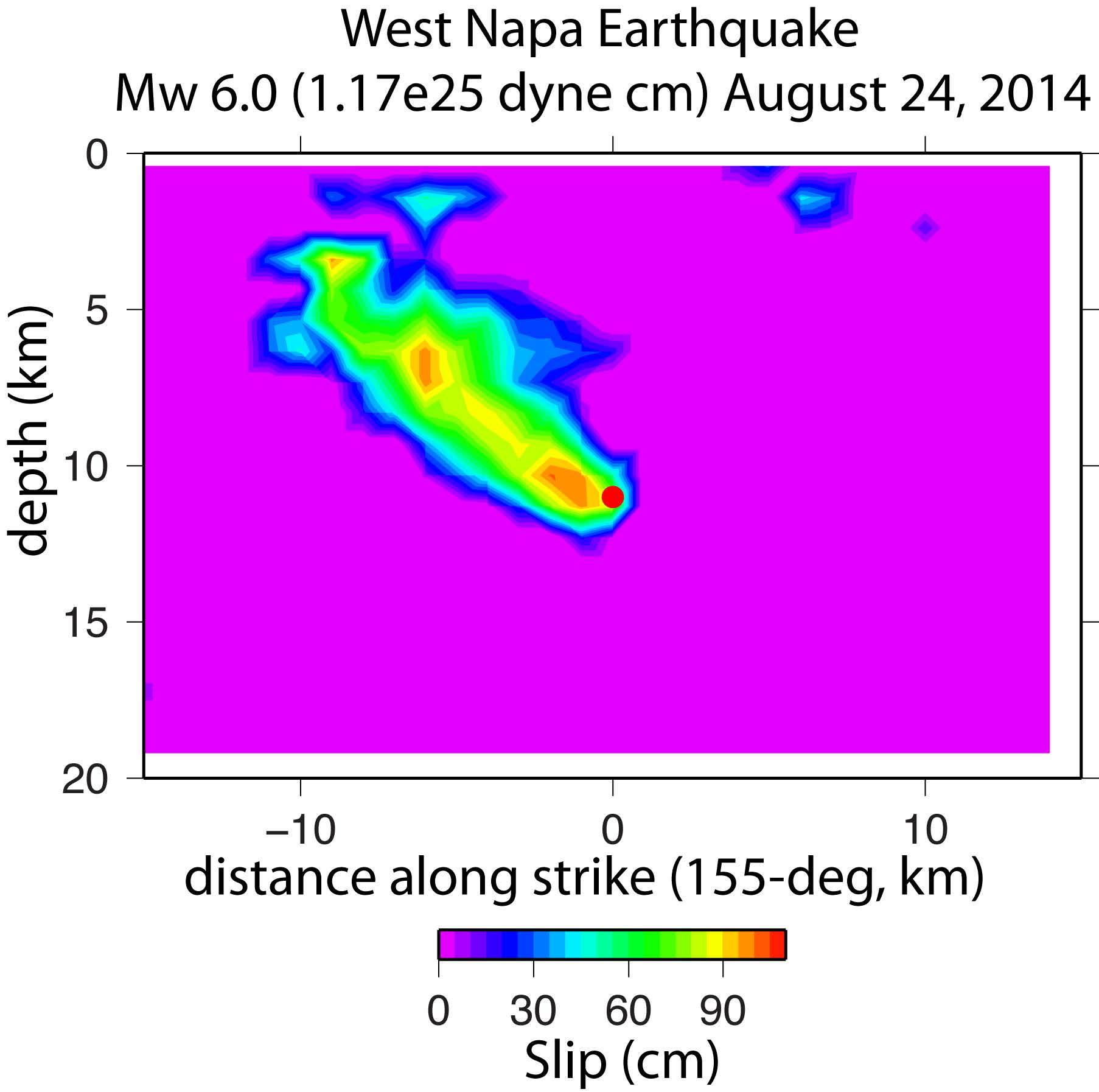 A preliminary finite-source slip model was obtained for the August 24, 2014 Mw6.0 West Napa earthquake by inverting seismic waveform data from 8 three-component stations of the Berkeley Digital Seismic Network (Figure 1). The acceleration channels were processed by removing the mean, removing the instrument response, integrating to displacement, applying a bandpass filter between 0.02 to 1.0 Hz, and resampling the time series to 0.1 seconds/sample. Green's functions were computed for the GIL7 velocity

The figure to the right shows a slip model obtained by fitting three-component displacement waveform data at 8 BDSN strong motion sites. The hypocenter is indicated by a red circle at 11.3 km depth. The rupture extends approximately 12 km NW of the hypocenter and updip. The trajectory of the rupture was directly toward Napa, CA. Slip shallower than 2 km is consistent with the relative position of observed peak surface slip, though it is not well constrained by the seismic waveform data.

Click here for more detailed information about this research 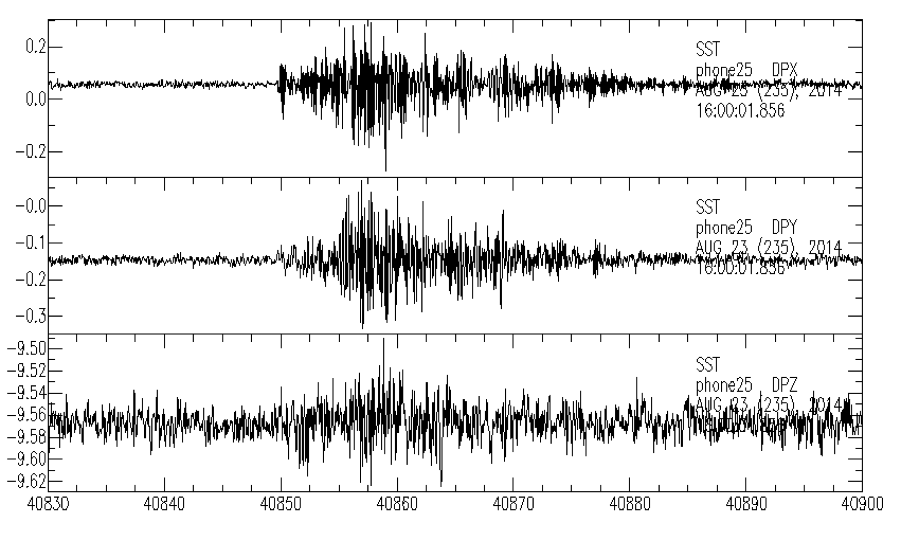 This figure shows the raw waveform recorded by a Samsung Galaxy S4. The starting time is in the afternoon at 4:00 p.m. The x-axis is seconds and the y-axis is m/s2. The earthquake is quite clear from the two horizontal components. This is part of research being done to investigate smartphones as a viable seismic network. Click here and read section 28 of the BSL's 2013 Annual Report for more information.