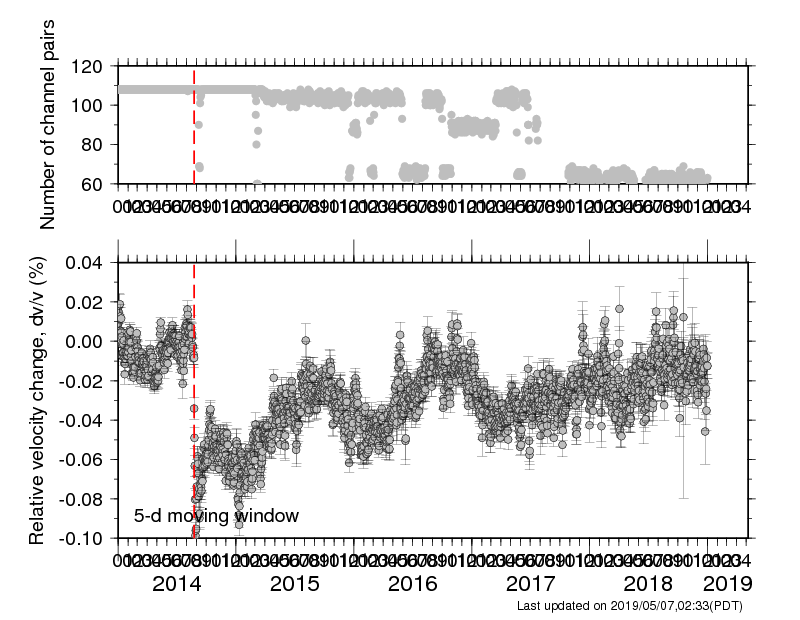 Figure 1. Top panel shows the number of channel pairs used to infer the relative velocity change (dv/v). The bottom panel shows the time history of dv/v. The error bars represent the two-sigma standard deviation. The dashed red line indicates the origin time of the South Napa earthquake. Note that the dv/v values plotted within the first 4 days following the South Napa mainshock included the pre- and post-mainshock data and the gradual decay of dv/v in this period is an artifact.

Following Brenguier et al. [2008], our analysis focuses on waveforms in a frequency range of 0.1-0.9 Hz. A set of 8 stations are selected based on the high rate of data completeness. We determine the reference Green's function (GF) for each station pair as the average of 1-day GFs obtained in the time interval, January 2013 through July 2014. The time history of dv/v is determined by measuring delay times between 5-day stacks of GFs and the reference GF. 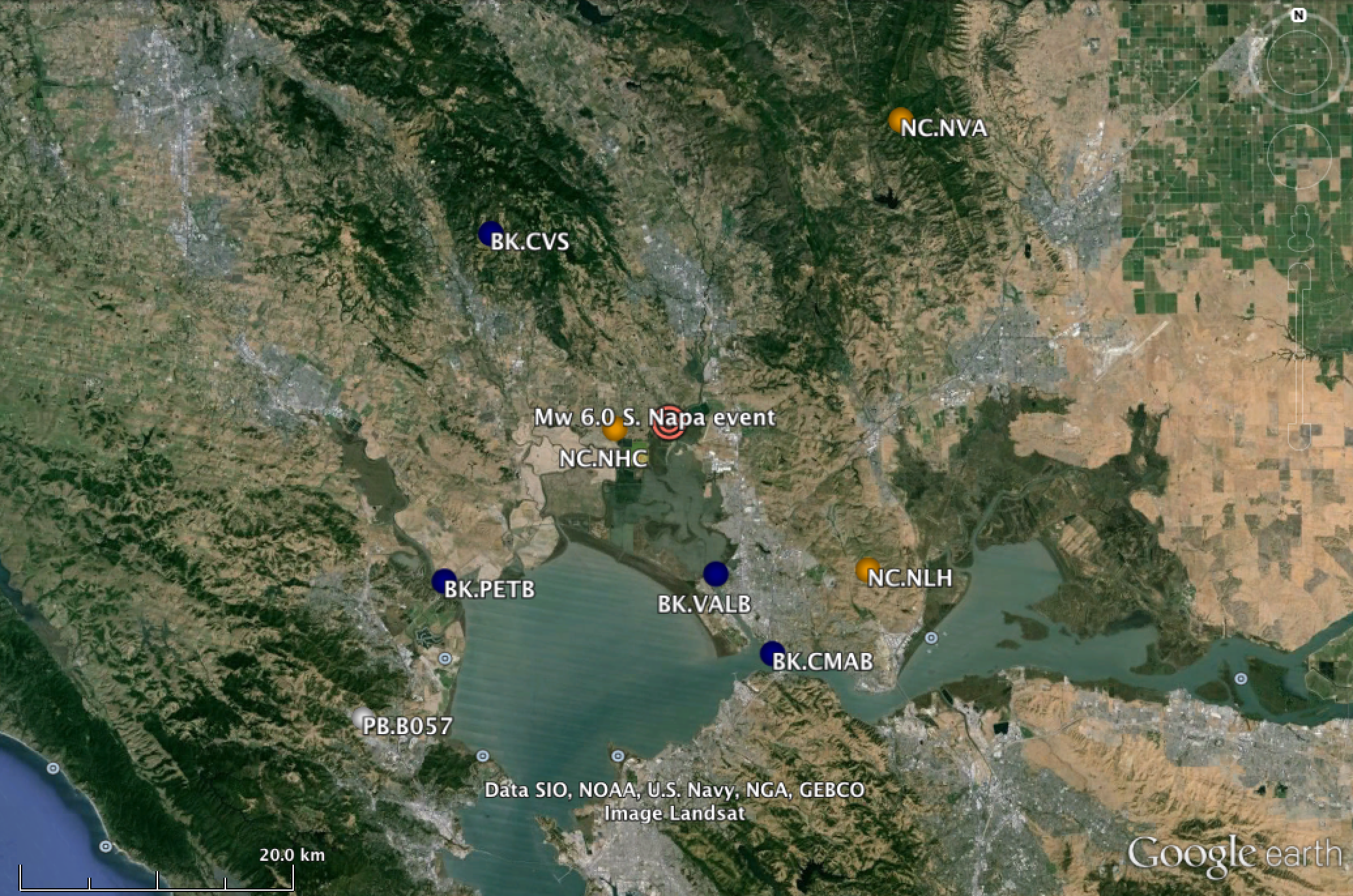 We include horizontal component data for the dv/v measurement. The maximum available number of channel pairs (e.g., ZZ, ZN, ZE) is 108. We obtain about 0.08% velocity reduction following the South Napa earthquake (Figure 1). Note that dv/v is plotted at the end of the 5-day-length time window that is used for computing 5-day stacks of GFs. Threfore, dv/v values plotted within the first 4 days following the South Napa mainshock included the pre- and post-mainshock data and the gradual decay of dv/v in this period is an artifact.

To monitor the relative velocity change, we implement an automated system that updates the time history of dv/v shown in Figure 1. This automated process makes use of waveforms archived at the Northern California Earthquake Data Center [NCEDC, 2014]. Figure 1 is currently updated every day.

This work is partially support by the France-Berkeley Fund 2014-0051 and the National Science Foundation EAR-1053211. Waveform data, metadata, and earthquake catalog for this study were accessed through the Northern California Earthquake Data Center (NCEDC) [NCEDC, 2014].