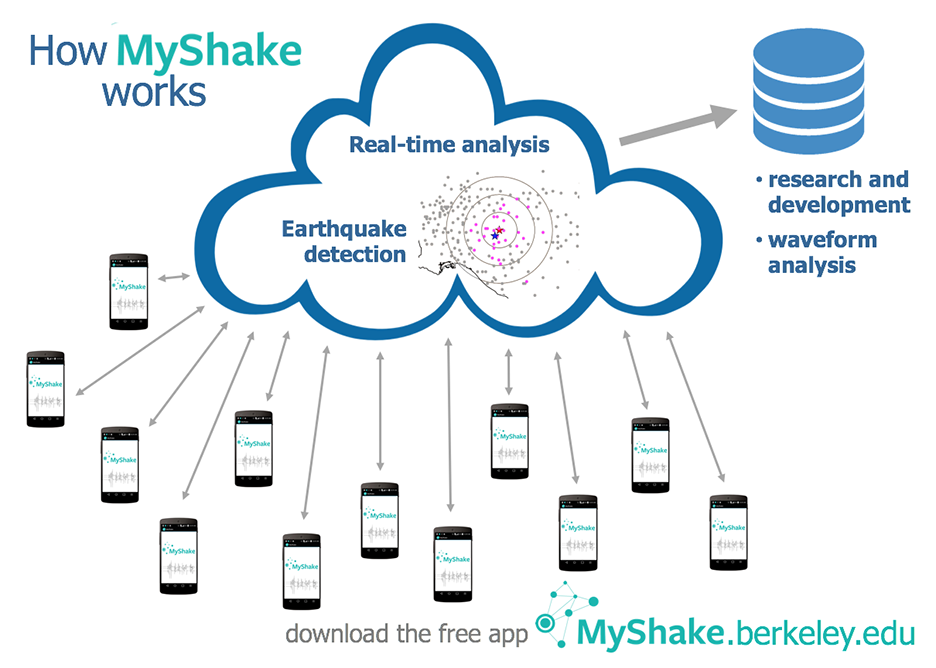 Seismologists use sensors to detect earthquake signals, provide warnings of coming shaking, and to study the earthquake process so that we can reduce the impact of future shakes. Traditional seismic networks used for this work consists of tens or hundreds of sensors. 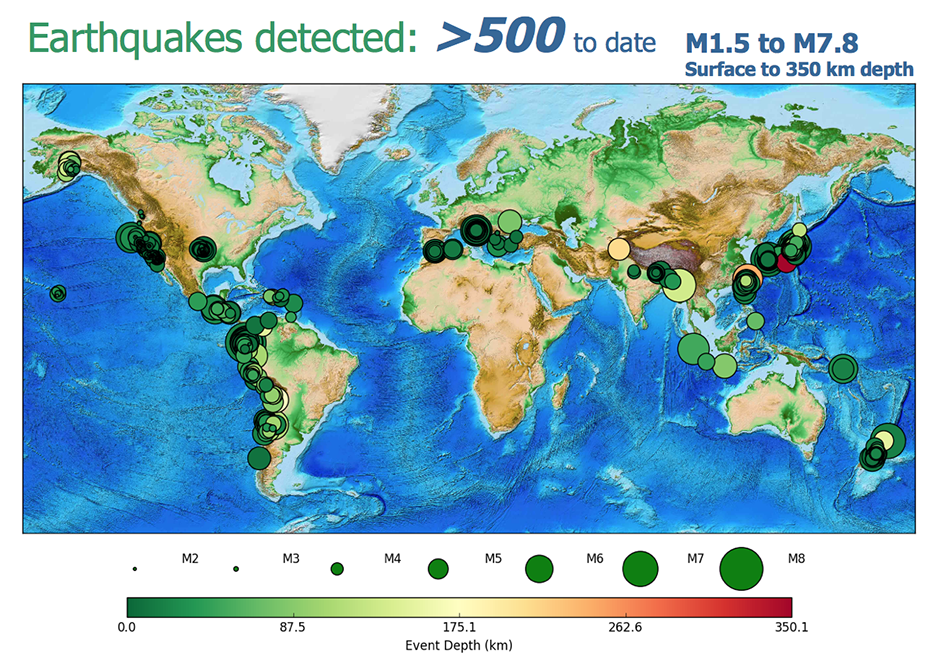 MyShake is harnessing the accelerometer in every smartphone to detect earthquakes and record the ground shaking impacts of these events. Since the public roll-out of the MyShake app (download for free from the GooglePlay store) more than 250,000 people have downloaded the app around the world. Today, about 10,000 phones proved data to the MyShake system.

Today, the app is primarily a citizen science project. By downloading the app to your phone you are contributing data which allows us to improve the earthquake detection algorithm and work toward providing earthquake alerts. Our goal is to use the data to provide earthquake early warning in earthquake prone regions around the world.

The data is also valuable to study earthquake processes, to map ground amplification effects from small earthquakes ahead of big events, and to monitor the response of buildings to ground shaking. 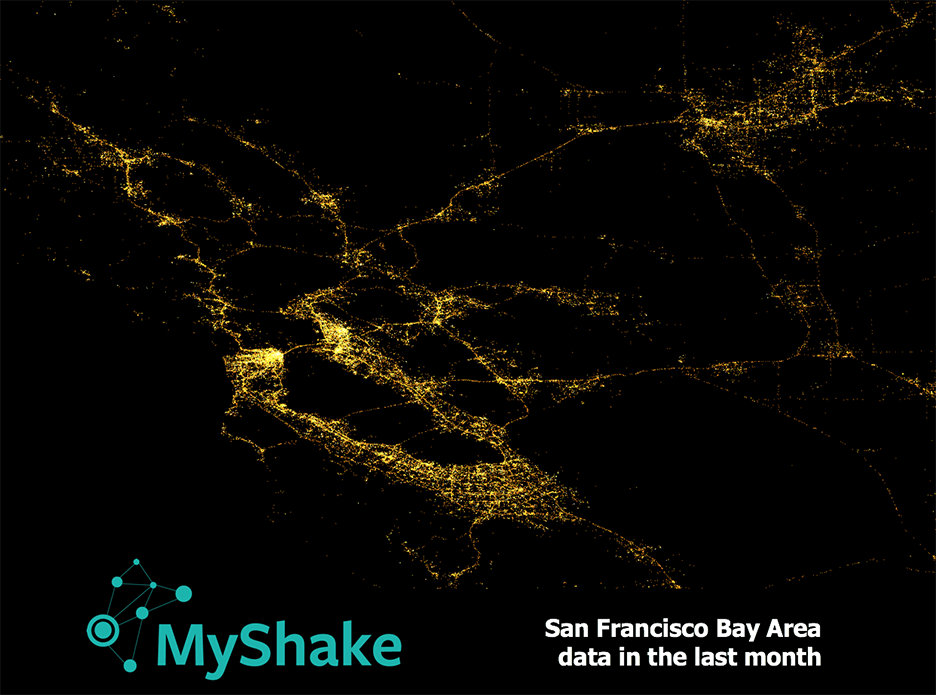 MyShake Phones in the Bay Area

MyShake is not used to detect earthquakes around the world. More than 500 events recorded so far. Recording the bigger earthquakes is easy, but MyShake is also recording small events, all the way down to magnitude 1.5 events so far. 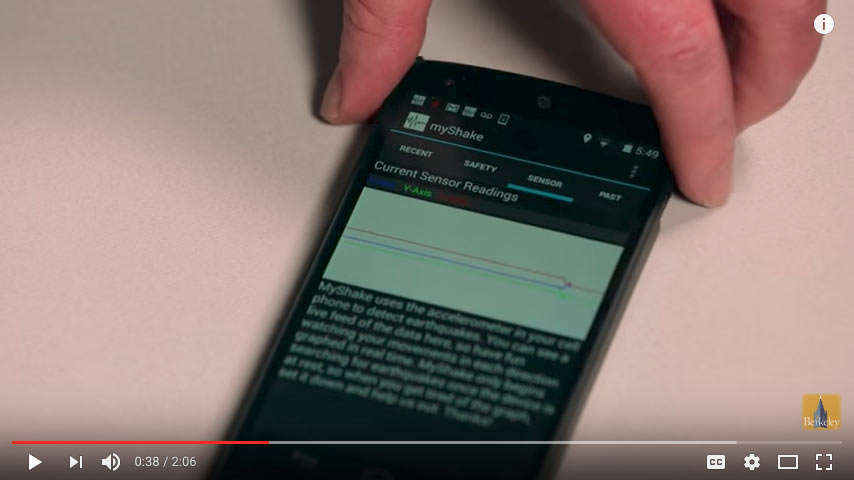