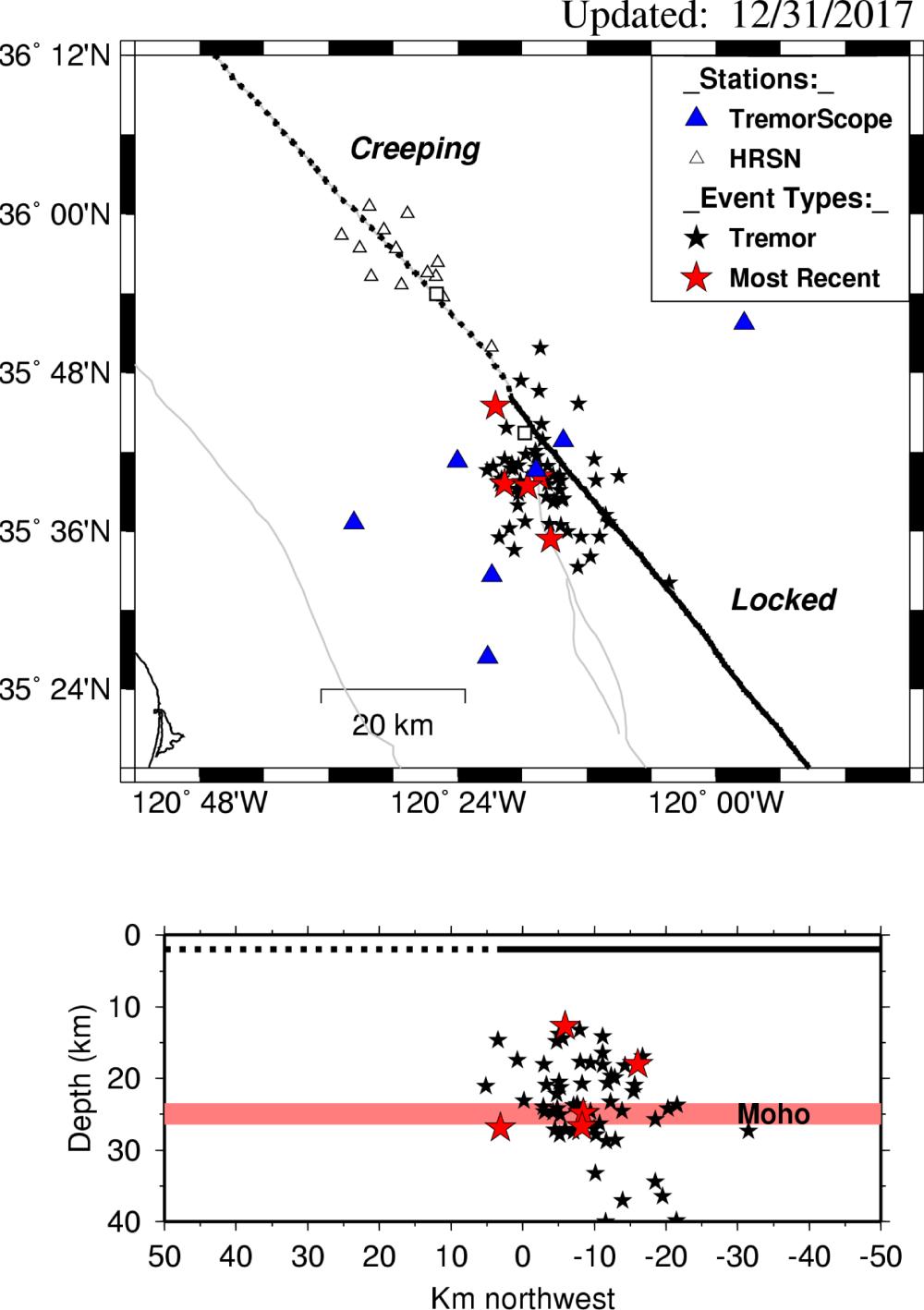 Triggered tremor in the surface waves of the April 11, 2012, M8.6 earthquake which occurred off the West Coast of Northern Sumatra.

The TremorScope stations are designed to record recently discovered deep tremor along the San Andreas Fault in central California. Early studies of this deep tremor have led to dramatic revisions in our views about how faults behave at depth. They reveal fascinatingly complex faulting behavior in the deep crust that is surprisingly different from "normal" earthquakes in the upper crust. Tremorscope complements the existing monitoring activity at Parkfield to sharpen our ability to explore this unusual natural laboratory of active lower crustal faulting, improving our understanding of the nature of tremor signals and their implications for fault mechanics and earthquake hazard.

On this map of the Parkfield, California area, the stars are locations of tremor bursts. Red stars are the five most recent tremor bursts. The solid and dotted lines in both panels represent the locked and creeping portions of the San Andreas Fault, respectively. The white triangles are sensitive borehole stations of the High Resolution Seismic Network (HRSN) used in the tremor detections, and the Tremorscope stations are shown as blue triangles. The towns of Parkfield and Cholame are the labeled squares. The bottom panel shows the locations of the tremor episodes in depth section along the fault. The pink horizontal line represents the Moho in the area.