Deep Earthquakes and the King 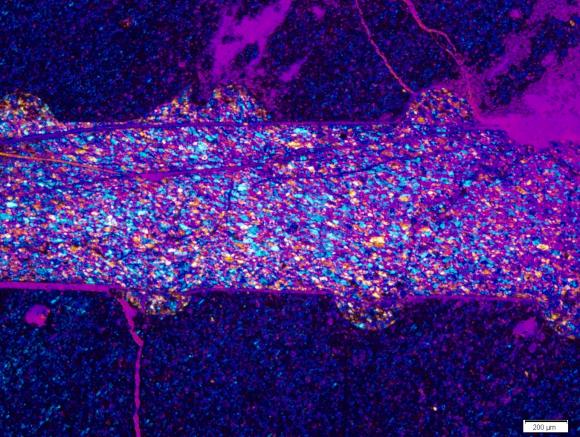 The mineral lawsonite undergoes brittle failure at high temperature and pressure, as seen by the cracks seen in this sample. This brittleness could trigger earthquakes in subduction zones. Image: Brown University

When UC Berkeley geologist Andrew Lawson discovered and named the San Andreas Fault in 1895, he could not know that in the 21st century, his name would be associated with something he didn't even know existed - intermediate depth earthquakes. But let's tell the story from the beginning. About 125 years ago, everybody living in California knew that we have earthquakes. After all, the Hayward quake of 1868 caused deaths and heavy damage on both sides of the Bay. But only a few people knew about Lawson's discovery and nobody, not even Lawson himself, knew for certain that earthquakes and the San Andreas Fault had anything in common.

That changed abruptly with the Great San Francisco Earthquake of 1906. A few days after the fires, which consumed large parts of the city, were finally extinguished, Lawson assembled an A-Team of prominent geologists from all over the United States. They fanned out over Northern California and assessed the damage and the changes in landscape associated with this big temblor. After they published their findings in what is now famously known as the Lawson-Report, it became clear that the San Andreas is indeed the "Mother of all Earthquake Faults." 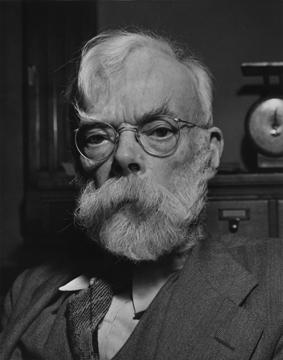 After that report, Lawson, who was an opinionated and rather stubborn Scotsman, became a towering figure in American geology and on the UC campus. Amongst students and faculty his style earned him the nickname "The King," under which he was known until his death in 1952. In fact Lawson became so famous, that a mineral was named after him - lawsonite. This silicate was first found and identified by two Berkeley geology students near Ring Mountain on the Tiburon Peninsula in Marin County at a location which is now covered by expensive residences. Today we know that lawsonite can only form under certain, high pressure conditions. In fact, it is a common mineral in subduction zones, where the lithospheric plates, which make up the upper layers of the Earth, dive deep into the Earth's mantle.

And now we can finally make the connection to the intermediate depth earthquakes mentioned above. They occur in subduction zones at depths of up to 200 miles below the surface of the Earth. When compared to the typical shallow earthquakes in the Earth's crust, which are by far the most common quakes, deep temblors should not happen at all. In the upper mantle the temperature reaches several thousand degrees Fahrenheit. Even under the pressures exerted by the overlying strata, rocks become soft like silly putty or outright molten in the form of magma at these temperatures. Brittle fractures, the causes of shallow quakes, simply cannot happen in such malleable rocks.

If that is the case, how then are those quakes at intermediate depth generated? It was a seismological mystery for a long time. Now two researchers from Brown University in Rhode Island, Keishi Okazaki and Greg Hirth, have found a plausible answer. The secret is that about eleven percent of the weight of a lawsonite crystal is water. As the plate sliding down the subduction zone is buried deeper and deeper into the mantle, the external pressure grows and at one point squeezes the water out of the mineral. When the two researchers simulated these conditions in a press in their laboratory, they found that once dehydrated, lawsonite becomes brittle and cracks began to form. These cracks, Okazaki and Hirth state in a research paper recently published in Nature, are the causes of the mysterious earthquakes. "The King" would be pleased to know that another long standing riddle in seismology seems to have been solved. (hra117)

The research paper on lawsonite can be found here