Charles Richter and His Scale

How strong is an earthquake? When you stand in a hallway and the shaking begins, some people may lose their balance and fall, while others simply walk away - albeit with a very heavy Texas swagger. Or, in a different temblor, while some buildings might just suffer cracks in the plaster, others will lose their chimneys or hop off their foundations. These examples show that looking at the effects of earthquakes is certainly not an objective way to measure the strength of a temblor. But how do you go about determining the size of a quake if everything around you is shaken as badly as you are? 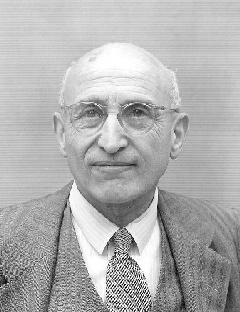 Seismometers are the tools of choice. They swing in their own rhythm in reaction to vibrations of the ground. And because their response to different kinds of shaking can be described exactly with mathematical formulas, the output of a seismometer is a good way to determine the strength of the shaking. But there is the crux of the matter: How does the strength of the shaking relate to the size of an earthquake? A medium sized earthquake close by can cause the ground to shake more severely than a stronger temblor farther away. Therefore, the distance between the focus of a quake and the location of the seismometer plays an important role in measuring the strength of a quake. 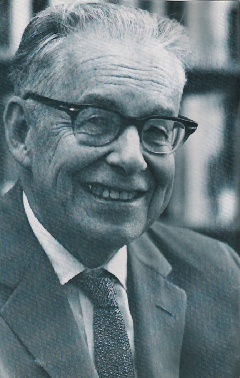 It was almost 75 years ago that two seismologists found a way to overcome these problems. Charles Richter and German-born Beno Gutenberg were both working at Caltech in Pasadena, and their engineers had set up a unique network of identical seismometers in Southern California. They equipped each site with a device called a Wood-Anderson Seismograph. When Richter and Gutenberg looked at one earthquake which was registered at several sites, they could see how the amplitude of a seismic wave decayed with distance from the earthquake source.

After giving their findings some thought, they came up with a simple definition: If an earthquake caused their seismographs to wiggle 1 millimeter (about 1/25th of an inch) and the temblor was 100 km (60 miles) away, then it had a strength of "three." A wiggle ten times that size was called "four," and a "five" was 100 times as strong as a "three," generating wiggles about 4 inches tall. Because Richter was inspired by the astronomers' scheme to classify the brightness of stars, he called his units magnitude, hence the phrase "magnitude on the Richter Scale." In a future blog, we will explore the limits of this logarithmic scale. (hra018)