Extreme Damage That Didn't Have To Be

We all have seen the pictures of the dead, the shots of the devastation and moving reports about the suffering after the earthquake, which struck Haiti on January 12. The Haitian government estimates that at least 150,000 people have perished in the disaster and that more than 800,000 people have become homeless. Aid organizations estimate the number of dead to be higher, over 200,000, and put the homeless count at more than one million. Whatever the final numbers, one thing is clear already: This temblor was certainly the most devastating magnitude 7 earthquake in human history. Keep in mind that on average around 15 quakes of similar magnitude occur every year - and only a few of them cause severe damage and deaths (see blog September 14, 2008). 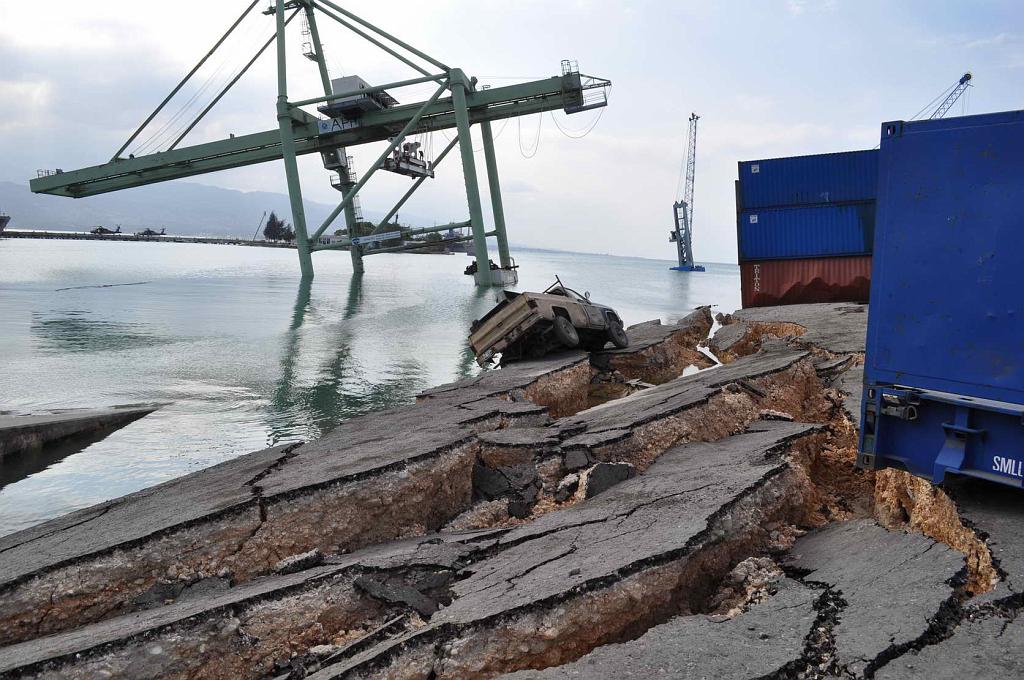 Port-au-Prince Harbor after the earthquake (photo by Eduardo Fierro)

Why, one has to ask, did the quake under the Haiti cause such an unfathomable disaster? "It didn't have to be that bad," says Eduardo Fierro a structural engineer with the firm BFP Engineers, Inc., based in Berkeley. Fierro goes one step further when he postulates: "This was not an earthquake disaster, this was a building disaster." Fierro came to this opinion after spending one week in western Haiti immediately after the earthquake struck. He wanted to find out, why this quake caused such extreme damage to the island's buildings and infrastructure. His conclusion: In most cases, the buildings were neither designed nor constructed to withstand even the slightest lateral shaking. All over the capital, Port-au-Prince, and in the epicentral town of Leogane, he inspected collapsed buildings - and the picture was always the same: the rebars were much too thin, interconnections between them were missing, and concrete was of poor quality. Not only the ramshackle houses in the slums were constructed that way. Two of the biggest public buildings in Haiti, the Presidential Palace and the University in Leogane, were also not designed with earthquakes in mind and consequently collapsed in the shaking more than two weeks ago. 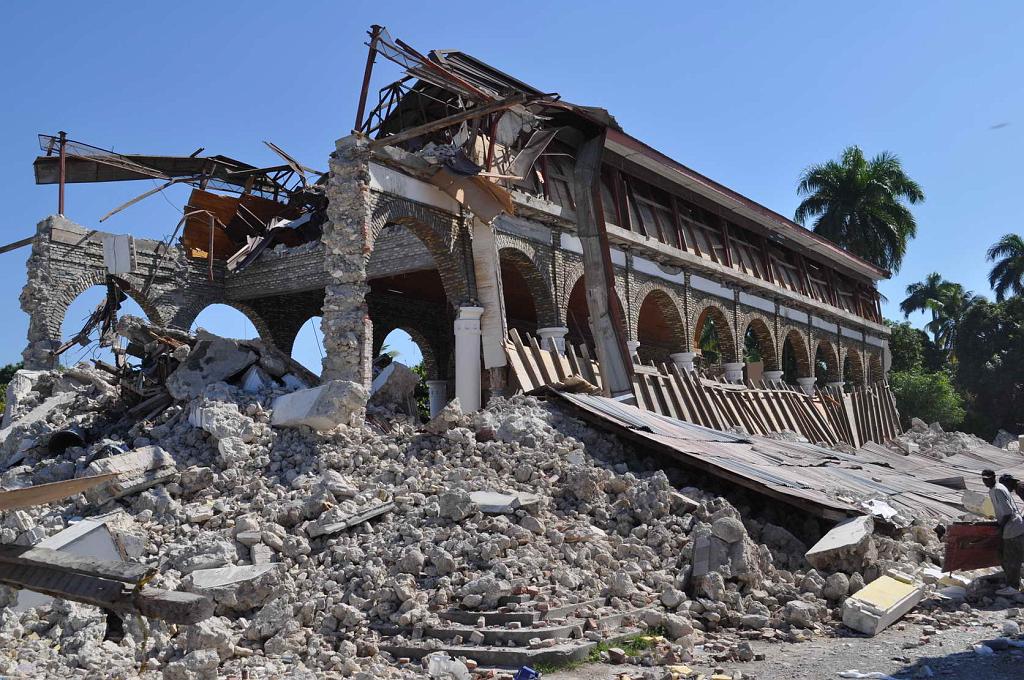 The cathedral in Leogane was completely destroyed. (Photo by Eduardo Fierro)

Fierro recently presented his findings to structural and earthquake engineers in a special seminar on Campus. His saddest observation: He saw some people in Port-au-Prince starting to rebuild their home. That they were collecting intact cinderblocks from collapsed buildings and walls was understandable, Fierro said. But that these people were again using flimsy rebars and cement mixed with salty sand from the beach, almost broke his heart. "They are setting themselves up for the next devastating disaster", he said. Fierro's trip was partially funded by the Pacific Earthquake Engineering Research Center (PEER) on UC Berkeley's campus, which also allowed the blogger to use two of his pictures. (hra051)