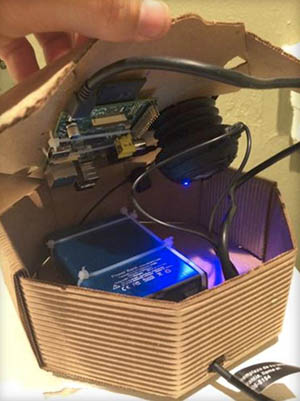 More often than not earthquakes are associated with destruction, losses and general malaise rather than with new and exciting business opportunities. Sure, there are the makers of equipment to measure ground motion who make money, and seismic retrofitting of older structures can be a costly effort. Over the last decade UC Berkeley alone spent more than two billion dollars to make its campus more resilient against the inevitable earthquake shaking. But neither the retrofit nor the production of seismometers has the glamorous image of today's high tech and smart technology. This, however, is about to change as early warning before earthquake shaking is slowly rolled out in California, along the entire US West Coast and elsewhere.

Last week, leading California politicians, among them Lieutenant Governor Gavin Newsom, shared the stage at the Third International Conference on Earthquake Early Warning (EEW) held on the UC Berkeley campus. Under the glaring spotlights of TV crews, those politicians offered their strong support for the EEW demonstration system put together over the last few years under the name "Shake Alert" by a consortium of government agencies and universities, among them the Berkeley Seismological Laboratory (BSL). (see blog from October 2, 2012). While the elected officials and Shake Alert scientists discussed possible sources for the 120 million dollars necessary to fully build and run the West Coast system over the next five years, engineers at established companies, entrepreneurs at start-ups and tinkerers in their garages or living rooms were already busy designing high tech gadgets and apps which can take the EEW alerts to new levels.

Take for instance AtHoc, a 15 year old company in San Mateo, Calif., which specializes in crisis communication. Based on their experience with the EEW system in Mexico (see blog April 19, 2014), AtHoc engineers developed a technique, by which warning messages from Shake Alert are routed through the transmitters of the NOAA weather radio system. With broadcast receivers designed by AtHoc, early warning alerts can be received anywhere, independent of internet and cell phone communication.

Another example is Joshua Bloom, a professor in the Astronomy Department of UC Berkeley. As member of the advisory board for the BSL, he became a beta tester for receiving real-time Shake Alert messages on his laptop through the internet. But as a Berkeley resident, living close to the Hayward Fault, Bloom took the idea further. Instead of relying on his laptop to show the message, he built a wireless receiver and connected it to speakers loud enough to alert all rooms in his house. He envisions that his current prototype home alert can at one point become as ubiquitous - and mandated - as smoke detectors. Bloom describes his device in detail on his blog.

Ingrid Johanson, a researcher at the BSL, is working along similar lines. Based on an Arduino platform, she designed a demonstration system which automatically responds to a Shake Alert message by turning off appliances or machinery so that they are not damaged during an earthquake. She also showed how flashing LED lights or other indicators that don't rely on being in front of a laptop could extend the reach of early warning messages.

If you are tinkering with or are developing an add-on to Shake Alert and other EEW systems, let the blogger know. We are planning to create a developer forum at the BSL to help you integrate your ideas with the science of Earthquake Early Warning (hra095).