It does not happen very often, that scientists are invited to the White House. Of course, once you've received a Nobel Prize, every president is happy to pose with you for a photo opportunity. Or you may have achieved something special in your research, and be honored with the Medal of Science. Or perhaps you have even discovered something very special, for which you deserve the Presidential Medal of Freedom - but don't count on it. Since the inception of the Freedom Medal in 1960, only 19 scientists have been bestowed with this high honor. So when a whole group of West Coast seismologists, among them several from our Berkeley Seismological Laboratory (BSL), gather at 1600 Pennsylvania Avenue in Washington on Tuesday, something unusual must be going on.

John Holdren, President Obama's Science Adviser, has invited experts to the first ever "White House Earthquake Resilience Summit". Politically, this is an unusual move indeed. When we look at the history of earthquakes in this country, we find that politicians and administrations mostly act retroactively: Only after a big temblor has caused major damage, are funds made available to strengthen buildings and structures, educate the public about earthquake risks, improve seismic networks or upgrade earthquake research facilities. In contrast, Tuesday's gathering is a proactive step. The folks in the White House Office of Science and Technology Policy want to strengthen earthquake resilience now, before the next Big One happens. 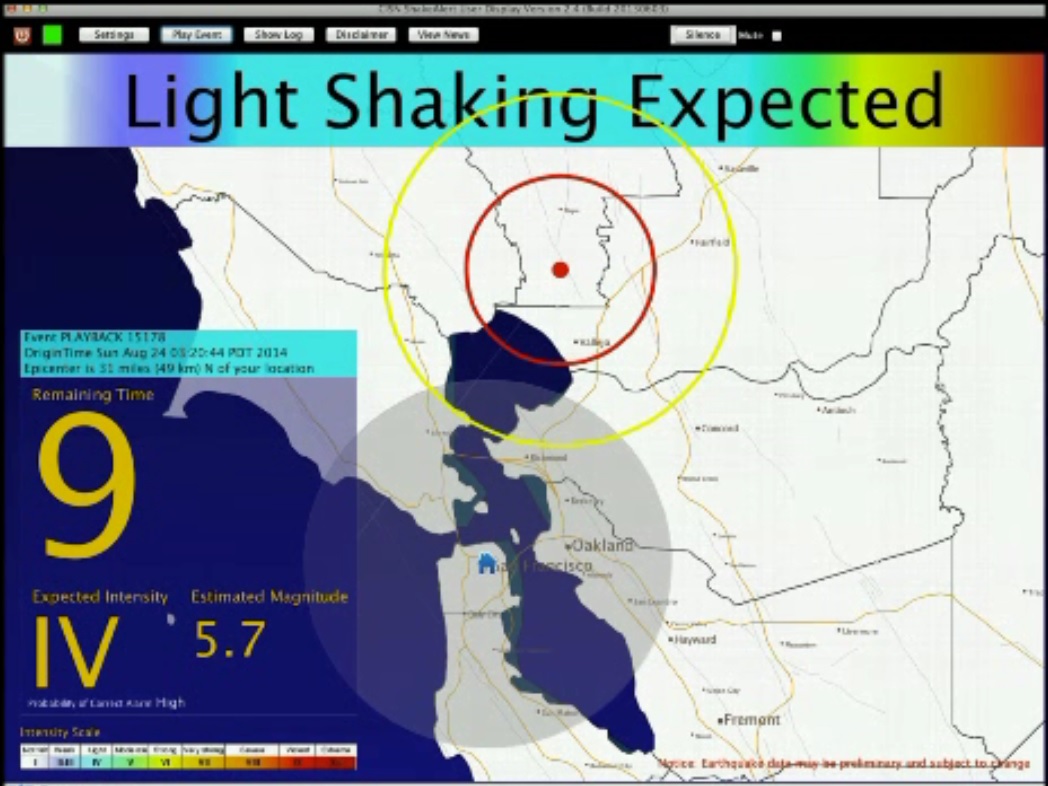 Rumor is that this initiative was triggered by an article in the New Yorker in the summer about the long overdue strong earthquake in the Pacific Northwest. But this great story alone wouldn't have done the trick. Seismologists also have something important to offer to the public, which may indeed save lives during the next big quake. Their efforts in developing an Earthquake Early Warning (EEW) system for the West Coast are slowly paying off. The demonstration system, which has been operational for several years is ready to be upgraded to a "Prototype Production System". Instead of having a couple of computers scanning the seismic records continuously for signs of an earthquake, the upgrade uses a robust network of linked computers with a lot of redundancy to automatically perform the scans and run the warning algorithms. This new system is a collaborative effort between the BSL, Caltech in Pasadena and the USGS offices in Menlo Park and Pasadena.

However, even though it has the word "Production" in its name, the new system is still not ready for a big time roll-out to the public. Currently only a few beta-testers like BART and emergency management agencies in the Bay Area and in LA receive the alerts. The reader may rightly ask, why this system is not available to everybody, like similar warning systems in Japan, Taiwan and Mexico. There are at least three important reasons, which are holding us back. To make the warnings faster and more reliable, many more additional seismic stations are needed, particularly in Northern California, Oregon and Washington. In addition, we need to develop multiple ways to deliver the warnings to the public within fractions of a second. There are many means of distributing such warnings, from cell phone apps, emails, and sirens, to automatic announcements on TV screens and through the radio. But each of them has to be fast, reliable and also robust. The last thing one wants is that a hacker gets into the system and spreads false messages about impending shaking. And thirdly, a huge educational effort is needed to teach members of the public what to do, when an EEW message is received.

While seismologists have laid the foundations for Earthquake Early Warning, it is now up to all levels of government and the private sector to finish the job and bring this system to life. Tuesday's meeting at the White House seems like a good start. (hra114)