Predicting Presidents and Not Earthquakes

Many years ago, when we at the Berkeley Seismology Lab decided to start publishing this Seismo Blog, we resolved not to do certain things: We were not going to trivialize earthquakes and the horrors they can cause as the most potent force of nature on our planet - and we were staying away from politics. And yet here we are, talking about politics less than a week after one of the most consequential upsets in American politics in decades. Well, the blogger will refrain from actually commenting on the results of the recent elections. But he can't bite his tongue any longer after having endured endless months of polls, predictions and forecasts, and after wasting countless hours in front of the TV listening to pundits, analysts and the infamous "talking heads." The bottom line is: All of them were absolutely wrong. In fact, never in modern times have their predictions about who will be our next president been worse. 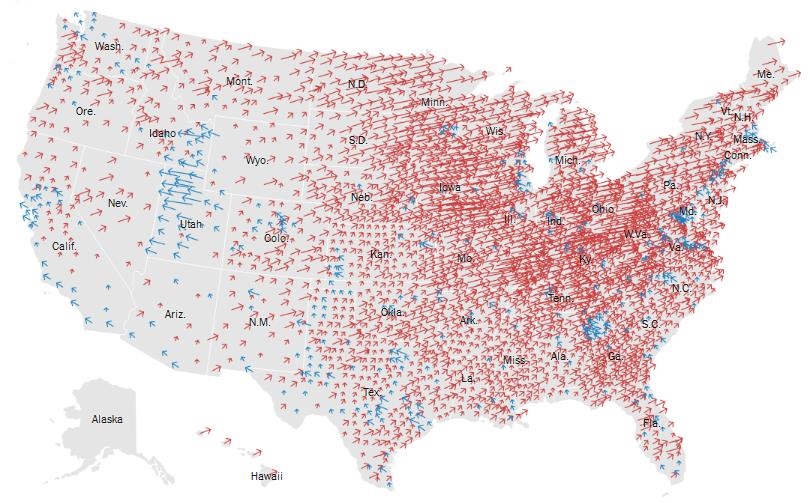 A seismic shift as the New York Times sees it: Arrows indicate how much the voters in each county in the United States shifted towards different political parties in last Tuesday's presidential election compared to 2012. Red is towards Republicans, blue is towards Democrats. Detailed information at The New York TImes

Were all of them really that bad? There was one notable exception - and that's also where seismology comes into play. To explain this unusual connection, we have to go back at least 35 years to 1981. In earthquake science, the 1970's and 1980's were full of hope that we seismologists would finally be able to answer one of the fundamental - and at the same time most vexing - questions society throws at us all the time: "When can we expect the next Big One?" Many countries - among them the United States, China and what was then the Soviet Union - put a lot of effort into trying to solve the enigma of how to predict earthquakes. 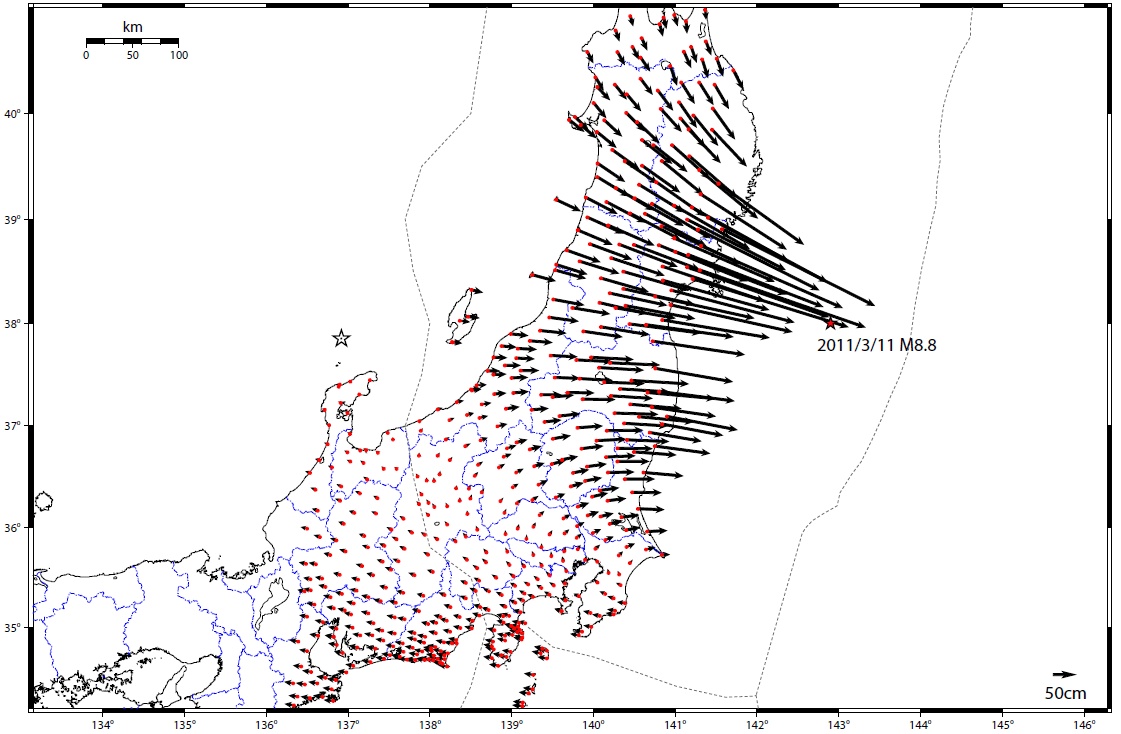 A seismic shift as Earth scientists see it: Arrows indicate how far the Japanese island of Honshu was moved by the giant, magnitude 9 Tohoku earthquake in March 2011. Some places (largest arrows) moved more than 30 feet to the East.

In fact, there were a few stunning successes, like the most famous one in China. On the morning of February 4th, 1975 Chinese authorities ordered the evacuation of the city of Haicheng in Liaoning province and its one million residents because experts had determined that an earthquake was imminent. Indeed, at 7:30 pm that evening a quake with a magnitude of 7.3 struck the region and tens of thousands of houses collapsed. With more than 2000 killed, the death toll was still significant. But hundreds of thousands of people might have died, had they not followed the evacuation orders. Such successes were very rare, though, and earthquake prediction in general was a failure. After decades of research, we seismologists are still not able to predict earthquakes - much to our chagrin. It seems that the physics of earthquake rupture processes is much too complicated to understand fully and hence to predict reliably.

Even the founder and long time director of one of the most prestigious research institutes in that field had to realize this fact. Vladimir Keilis-Borok led the International Institute of Earthquake Prediction Theory and Mathematical Geophysics of the Soviet Academy of Sciences in Moscow to fame by using a stringent mathematical model for predicting the temblors of the earth. Sometimes he succeeded, but mostly he failed.

While predictions of earthquakes eluded his methods and algorithms, they seem to have succeeded in another, completely unrelated field. In 1981 the Russian Keilis-Borok teamed up with an American 26 years his junior. His partner was Allan Lichtman, a political historian at the American University in Washington, D.C. Together they applied the algorithms which would ultimately fail in predicting earthquakes to the US election system. In November 1981 the duo published its results in an article with the very long, unwieldy title "Pattern recognition applied to presidential elections in the United States, 1860-1980: Role of integral social, economic, and political traits" in the Proceedings of the National Academy of Sciences in Washington (Vol. 78, pg. 7230).

And what happened? Using this method, Allan Lichtman has correctly predicted the outcomes of the past eight presidential elections in the United States. And now - in contrast to all other pollsters and talking heads - he was the only one to consistently tell all of us who wanted to listen, that the 45th president of the United States was going to be Donald J. Trump. With his statements Allan Lichtman was the lone voice in the desert and has posthumously vindicated the work of Keilis-Borok, who passed away three years ago in his home in Culver City in the Los Angeles Area.

It would be easy to ridicule all of Lichtman's failing colleagues, but seismologists take note: We have not succeeded in earthquake prediction either. The lesson here is that we would rather understand what makes Keilis-Borok's algorithms work for forecasting the outcomes of presidential races and why we cannot use them to predict the next big earthquake. It seems that predicting earthquakes is even harder than prognosticating who our next president will be. (hra130)