It was August 15, 1950. People all over India were ready to celebrate their Independence Day, three years after Britain had released the subcontinent from its Empire. Even in the most remote northeastern corner of this vast country, in the widely tribal Assam Valley and the majestic mountains surrounding it, preparations for the festivities were underway. But at the end of the day, nobody in this border region where India, China, East Pakistan, and Burma met was in any mood to celebrate. At 7:40 pm that evening a very strong earthquake struck the area, leaving hundreds of people dead and thousands of homes in ruins. Although the quake's epicenter was located about 20 miles beneath the town of Rami in Tibet, most of the damage occurred on the Indian side of the border. The quake was so strong that it caused huge landslides which in turn blocked many rivers in the mountainous region. India's Prime Minister Jawaharlal Nehru visited the affected areas and described what happened once the waters broke through the earthen dams created by the slides: "They came down with rush and a roar, a high wall of water sweeping down and flooding large areas and washing away villages and fields and gardens. These rivers have changed their color and carried some sulphurous and other material which spread a horrible smell for some distance around them. The fish in them died. The remains of villages, animals, including cattle and elephants and large quantities of timber floated down these raging waters. Paddy fields were destroyed, stocks of grains were washed away and some tea gardens also suffered great damage." 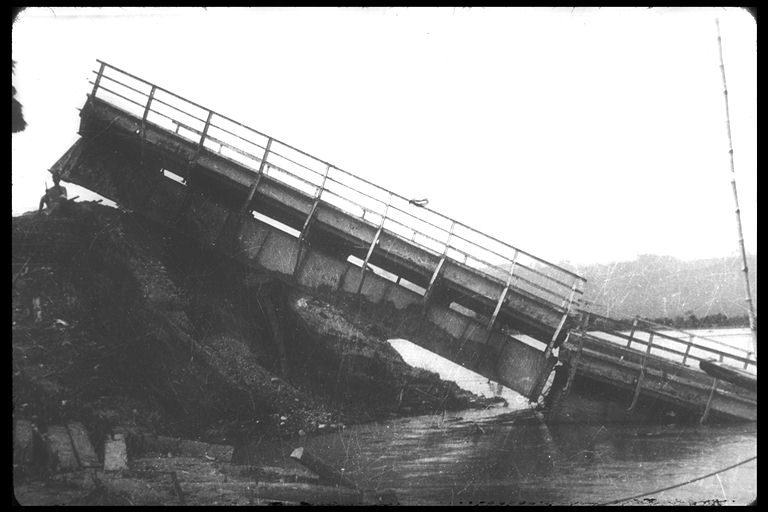 Figure 1: The Great Assam earthquake of 1950 destroyed the railroad bridge in the Lakhimpur district, cutting the main connection between Assam and the rest of the subcontinent. (Photo: Steinbrugge Collection, NISEE, UC Berkeley)

The Assam Valley was no stranger to severe earthquakes. On June 12, 1897 its southern part was shaken by a giant temblor, which destroyed essentially every masonry building in an area the size of California. Even in Calcutta, the huge city in West-Bengal almost 700 miles south of the epicenter, buildings were flattened and people killed as a consequence. But it turned out that the Great Assam Earthquake, which struck 67 years ago today, was among the ten strongest quakes since seismic measurements began more than a hundred years ago. It had a moment magnitude of 8.6 and hence was in the same league as the Great Chile Earthquake, with its magnitude of 9.5, ten years later or the Tohoku-oki quake off the coast of Honshu in 2011, for which the magnitude was determined to be 9.0. 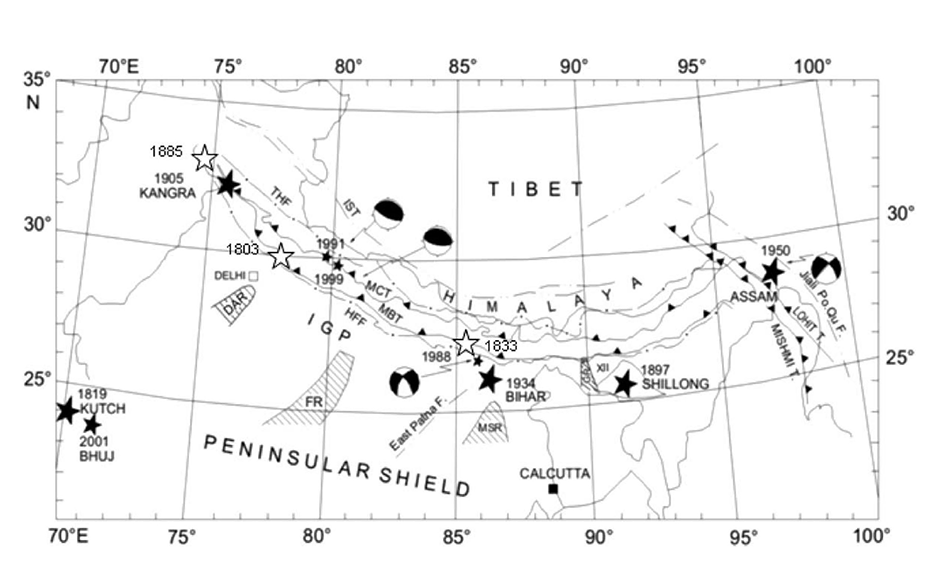 The Assam quake, however, stands out amongst the biggest temblors which have shaken our planet. Nearly all of these superquakes occurred along the rims of oceans, be it in the so-called Ring of Fire around the Pacific Ocean or along the Java and Sumatra trenches on the eastern reaches of the Indian Ocean. In those regions an oceanic plate dives into the Earth's mantle under another plate carrying a continent. In the case of Chile it is the Nazca Plate which subducts under South America, in Alaska the Pacific Plate dives under North America and off the coast of Indonesia, the Indian Ocean plate vanishes at a steep angle under fragments of the Eurasian Plate. In the Himalayas the tectonic situation is vastly different. Their highest mountains, including the roof of the world in Tibet, are a consequence of the collision between two continental plates. India, which has its own plate, rams with a high velocity into the strong and stable Eurasian Plate. This collision does not result in a clear subduction zone, where one plate is pushed under another. Instead this plate boundary under the most rugged mountains in the world is very complex, with sections of both plates thrusting under fragments from the other in a jumbled pattern.

Nearly all giant earthquakes originating in subduction zones where an oceanic plate meets a continent have a common mechanism. It is called a "megathrust," where the continental plate snaps rapidly upwards, often over a length of hundreds of miles. When such a ground motion happens under water, a huge tsunami can be the consequence, as we saw most recently in the aftermath of the Tohoku-oki quake in 2011. In contrast, the quakes along the Himalayan front can have several different types of mechanisms. Some researchers say that the Assam quake of 1950 was a thrust quake while others argue that it was a strike-slip event similar to the quakes we get along most faults in California. No matter what the mechanism, there is one item all seismologists agree upon: The collision zone between India and Eurasia along the tremendous Himalayan mountain range has one of the highest seismic hazards in the world. (hra143)