The Strongest Quake in a Remote Mountain Range 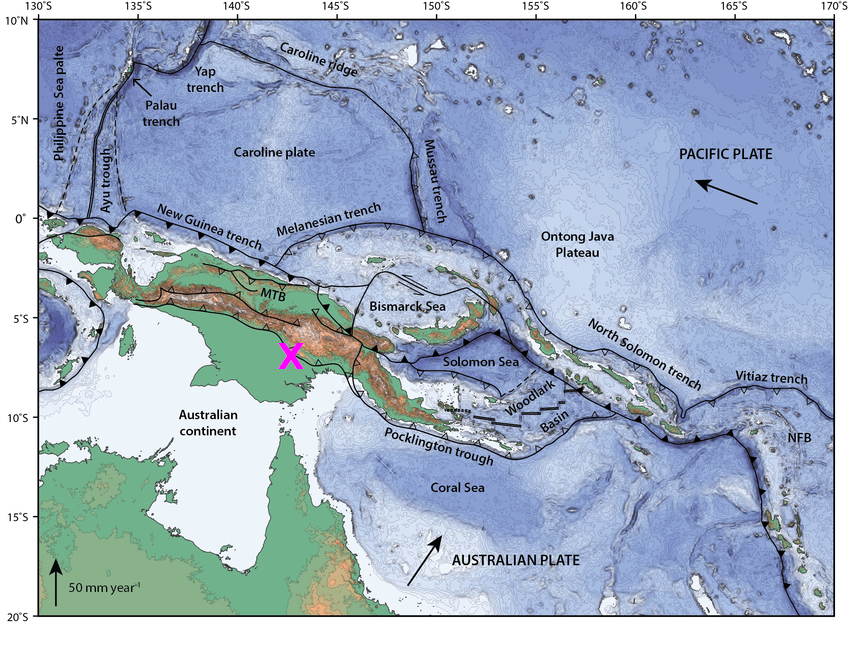 Figure 1: Sunday's quake, marked by the purple X, was a result of the complex collision between the northeastward drifting Australian Plate with the fragmented Pacific Plate. The epicenter was located at the southern fringes of Papua-New Guinea's highlands (after Holm et al., 2016).

When the blogger once visited the giant Ok Tedi gold and copper open pit mine in the remote highlands of Papua-New Guinea, the chief geologist of the mine uttered a seemingly abstract statement. "Here in our area, geologic processes happen on the same time scale as everyday life," he said. Well, every high school kid learns that under normal circumstances it takes eons for geologic changes to happen. Mountain ranges, for instance, are not built in tens of years - it takes hundreds of thousands or millions instead. Compared to the normal rate at which tectonic plates drift - like two inches per year at the plate boundary here in Northern California - a regular garden snail moves at supersonic speed. These are surely different time scales than those in our hectic everyday life.

But the highlands of Papua-New Guinea are completely different. Firstly, they are extremely remote with very few roads and other infrastructure, except for the occasional mine, or an oil or gas well. In addition, tropical rainstorms drop so much precipitation on this area that the flanks of mountains are always soaked with water and hence prone to huge landslides. And finally, the highlands are a patchwork of steep ups and downs called the Papuan Fold and Thrust Belt. There, earthquakes shift the mountains on a regular basis. During the past century, however, none of these quakes was as strong as the big temblor that rocked the entire island in the western Pacific on Sunday night (local time). With a magnitude of 7.5, it caused huge landslides, and damaged structures and residences in Mount Hagen, Papua's third largest city. At least three people are confirmed dead in the town of Mendi. They were buried when their house was swept away by a landslide. Operations in the Ok Tedi mine came to a halt, because the road that connects the mine to Tabubil, the nearest town, was blocked by several huge landslides. In addition, Exxon-Mobil interrupted the processing of liquid natural gas in its facility in the area. 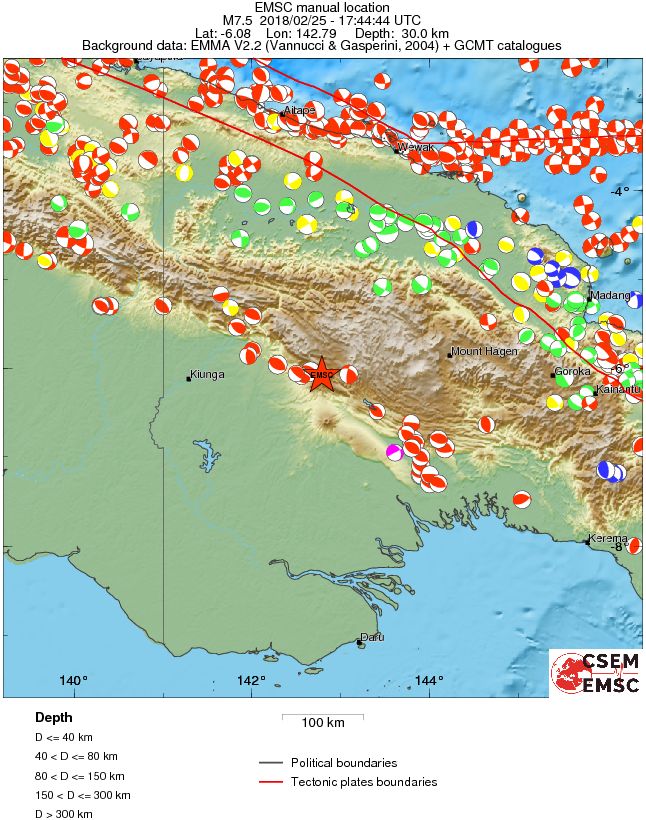 Figure 2: Most quakes in Papua-New Guinea occur along its northern coast, shown here as a elongated cluster of red and white circles in the upper part of this map. With a magnitude of 7.5, Sunday's quake (red star) was the strongest temblor to happen away from the coast in highlands for a century. (Source: EMSC Strasbourg)

Most quakes in Papua-New Guinea occur along its northern coast. There the northeastward drifting Australian Plate dives under the Pacific Plate, which in this area is broken up into a subset of microplates, like the Bismarck and Solomon Plates (see Figure 1). This plate collision is pretty fast, with a drift rate of about 4 inches per year. One of the deadliest quakes hit near the coastal town of Aitape on 17 July 1998. It caused a huge underwater landslide, which in turn gave rise to a 45-foot high tsunami in which more than 2500 people lost their lives.

In contrast, Sunday's quake took place more than 200 miles inland from the coast. It was located along the southern end of the Fold and Thrust Belt, just about where the highlands descend into the large coastal plain of Papua-New Guinea (see Figure 2). It may take days before the full extent of damage from this quake will be known. The death toll may rise after rescue and assessment teams have reached the towns and villages, which were cut off by landslides and the disruption of communication lines in this remote area. (hra149)