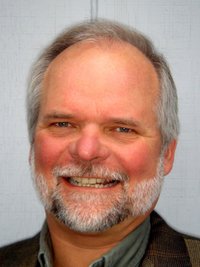 Horst Rademacher, a native German, received his masters degree in Geophysics from the Universität zu Köln in Germany. He got his first experience with short period seismic instruments at the Bensberg Seismological Station, Germany. Subsequently he worked on his doctoral thesis with broadband instruments and their data at the Central Seismological Observatory Gräfenberg (SZGRF) in Erlangen, Germany, the first institution to deploy an array of broadband seismometers. He participated in refraction profiling during the European Geotraverse and did marine seismic work in Antarctic waters on board the German vessel RV Polarstern. Over the years, Horst has participated in numerous field campaigns. Among others, he deployed the first digital broadband seismic station on an active volcano during GIVE '92, the German-Indonesian Volcano Expedition to Mt. Semeru, East Java. He has since worked on Kilauea (Hawaii), Lascar (Northern Chile), Galeras (Colombia), and Mount St. Augustine (Alaska) and has consulted with universities and research institutions in Germany, Indonesia, Ecuador, Chile, Portugal, Colombia, Venezuela, China and across the Taiwan Straits. He also kept active as a science writer, mainly as a correspondent for the German daily newspaper Frankfurter Allgemeine Zeitung, but also for regional California magazines like Bay Nature. He has written several books on Earth Science. In 2005 he was awarded the "Walter-Kertz-Medal" of the German Geophysical Society for his contributions to the dissemination of research results in the Earth Sciences. He signs his blog entries with hra, a tradition stemming from his newspaper days.