Of Piccolos and Tubas

We have all heard it, we've all read it: When the media talks about earthquakes, invariably someone mentions the "open ended Richter scale." Journalists think they need to differentiate Richter's scale of earthquake magnitudes from other yardsticks of the natural world, say the 12-tier Beaufort scale for wind intensity or the 5-tier Saffir-Simpson scale describing a hurricane's strength. Indeed, the Richter scale is not limited to a certain number of steps. It is a continuous logarithmic scale, but - unfortunately for the media - it is not open-ended. There just are no earthquakes, which measure 8, 9 or even higher on the Richter scale. 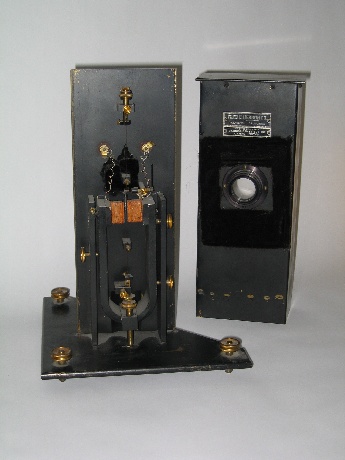 The media is wrong for two reasons. The first one has to do with the equipment which Richter and Gutenberg used to develop their scale. They utilized seismographs of the Wood-Anderson type. These instruments were developed more than 75 years ago, and they are just not made to withstand the shaking of a really strong quake. Instead they become, as seismologsts put it, non-linear. Measuring strong quakes is therefore beyond the reach of these sensors.

The other reason lies in the physics of earthquakes themselves. In a sense, earthquakes are like musical instruments, each having a characteristic frequency which depends on its size. The smallest temblors have a high pitch like a piccolo. Stronger quakes are like trombones with much lower tones. And the biggest shakers sound like the lowest keys on a tuba. During Richter's time, in the early 30's of the last century, seismographs also had their own characteristic frequency. The Wood-Anderson could not pick-up the lower sounds and therefore would have been overloaded by a really big quake. Richer knew about the shortcomings of his new yardstick and applied it strictly to earthquakes in Southern California not exceeding a moderate size.

Today's seismometers are, of course, much more sensitive than the instruments of Richter's days. They are broadband, which means that they can pick-up the sounds of a whole orchestra, small and big earthquakes alike. They are also much more sensitive that the Wood-Andersons ever were. Broadband sensors can therefore register even the tiniest earthquakes. In a future blog, we will describe how such micro- or even nano-earthquakes can be measured on the Richter scale. (hra020)