The Berkeley Digital Seismic Network (BDSN) has just been extended by one station, which transmits its readings in real time. Given the fact that our network already consists of 31 earthquake stations all over Northern California, from Fresno County in the south to the Oregon border (see blog January 9, 2009), the addition of one new station would not be particularly newsworthy. This extension, however, is definitely unusual. While the all other seismometers are located in vaults, tunnels or old mine adits, the new station is located under 3000 feet of water. The Monterey Ocean Bottom Broadband station (MOBB for short) had been placed on the seafloor in Monterey Canyon approximately 25 miles offshore from Moss Landing (see map 1). Last Friday MOBB was connected to a unique underwater cable, which now transmits the seismic data in real time to our data center in Warren Hall on Campus. 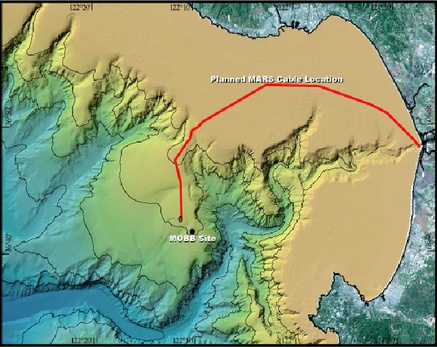 Why would anybody in his right mind place a seismometer on the seafloor and thereby risk it being flooded with corrosive salt water, caught in the net of a deep sea fishing trawler or otherwise lost in a submarine landslide? A glance at the map of earthquake faults in California shows the answer. Here is why: In order to locate earthquakes properly, seismologists use a numerical method similar to geodetic triangulation on land. The arrival times of the seismic waves at each station are fed into a computer program, which then calculates the location by taking into account how fast the seismic waves travel through various rock types in the Earth's crust under our state. The program gives the best results when it is fed with readings from seismic stations located all around the epicenter. 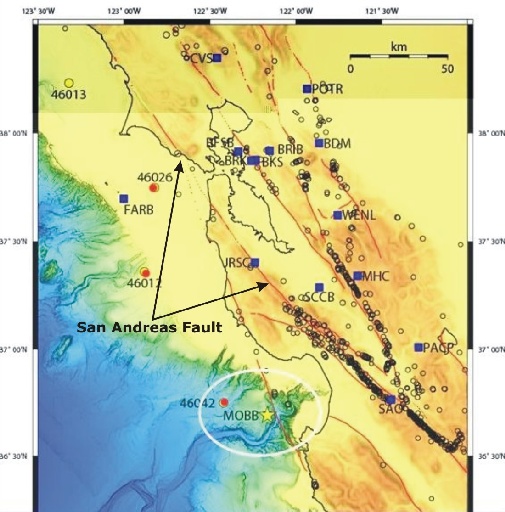 Map 2: The ocean bottom station MOBB (yellow star) is now part of the real-time
network. Blue squares are existing seismic stations, the red and yellow circles
are bouys operated by NOAA. The open circles are recent earthquakes in the
Greater Bay Area.

But in Northern California, the San Andreas Fault runs very close to the coast. That means there are very few seismic stations west of the fault. The one exception is station FARB, which we set up on the Farallon Islands off the Golden Gate (see map 2). That means most of the earthquakes along the San Andreas Fault are located almost exclusively with the data from stations east of the actual faultline. Even though we correct for this lopsidedness, the calculations would be even more reliable if we could include data from more stations west of the fault - with the addition of MOBB, we achieve this goal.

In our next blogs, we will describe the exciting technical details of MOBB and the cable, which connects it to land. (hra031)