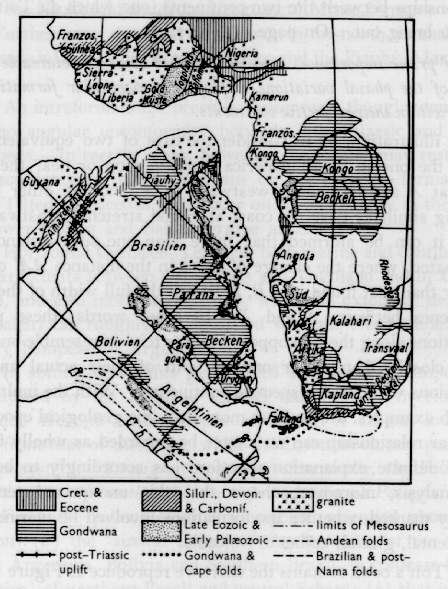 Figure 1: The coastlines of South America and Africa fit together perfectly (figure 18 from Wegener's book "The Origin of Continents and Oceans," 4th edition, 1929, in German)

When you enter the great hall of the Senckenberg Museum in Frankfurt, Germany, today, you will see dinosaurs, spectacular fossils and other impressive displays which show the dynamics of our ever-changing planet. Had you entered the museum a century ago, you might have been awed by similar exhibits. But nowhere would you have found any hint that the surface of the Earth is in constant motion, or that the innards of our globe are relentlessly moving and churning. At that time, neither scientists and nor laymen knew about moving and colliding tectonic plates, about continents in perpetual motion, or about mid-ocean ridges which constantly produce new crust. This was about to change one hundred years ago today, when a trim-figured young man sporting a mustache entered the museum. Although only 31 years old, this scientist was already a tenured professor of meteorology and astrophysics at the university in the German town of Marburg. He had come to Frankfurt to present his latest research for the first time. For almost an hour, Alfred Wegener spoke to the members of the German Geological Association, who had gathered there for their annual meeting. In painstaking detail, he explained his hypothesis that the surface of the Earth is not a fixed entity, but that continents are in peripatetic motion. He concentrated on the coastlines of South America and Africa. Because they seem to fit together perfectly, Wegener proclaimed that some long time ago, these two continents were one. After Wegener had finished his talk, nobody applauded - instead he was ridiculed and laughed at. Too strong was the belief of the scientific establishment at that time that the Earth is forever stable and cannot move. Nobody of any scientific stature could imagine that continents might drift. Earthquakes and volcanic eruptions were seen as anomalies and not as part of a dynamic process within the Earth's crust and mantle. Even though his ideas were rejected outright, Wegener stuck to his thesis. In 1915 he published his book on "The Origin of Continents and Oceans," which by 1929 had seen four editions in German and had been translated into many languages. 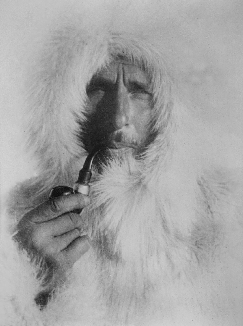 Alfred Wegener in his later years during an expedition to Greenland

Wegener's hypothesis of continental drift was never accepted during his lifetime. After World War II, however, scientists in the United States and Britain found more and more evidence that Wegener was right. One of the core arguments for the existence of plates and their movement is the worldwide distribution of earthquakes. The vast majority of them occur along plate boundaries, whether they be spreading centers or collision zones. Today we can use GPS signals to measure precisely how fast the continents drift. In California, our backyard, the Pacific Plate moves at approximately 2 inches per year. Wegener, the brilliant German scientist, died in November 1930 on a scientific expedition in the center of Greenland. (hra072)