The San Andreas Fault is without doubt the most prominent earthquake fault in California. On maps it is usually depicted as a single continuous line reaching from the Salton Sea in the south all the way to Cape Mendocino in Northern California. Such a simple representation suggests that the fault is a homogeneous entity with the same characteristics along its entire length of more than 700 miles. This, however, is not true. The San Andreas Fault is segmented, with each section having its own seismic personality. 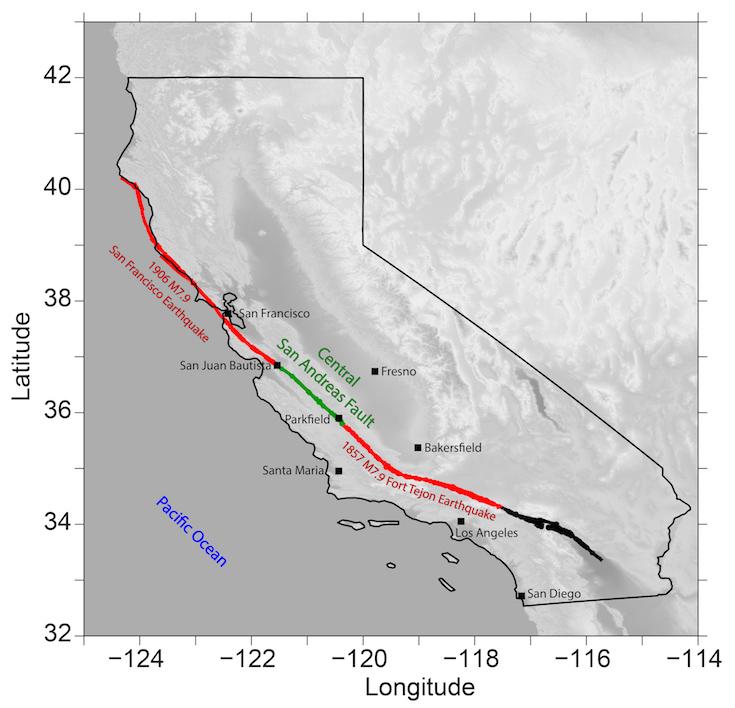 Figure 1: The San Andreas Fault is not a simple line in the ground. It is segmented instead. (Source: ASU)

Figure 1 shows an example of these segments. The two sections marked in red ruptured during major earthquakes in the last century and a half. In 1906 the "Great San Francisco Earthquake" broke the northern section of the San Andreas Fault, leading to offsets of up to 18 feet. About 50 years earlier the Fort Tejon quake ruptured the segment between the Carrizo Plain and the San Bernardino area east of Los Angeles. The southernmost section of the fault (marked in black) has not seen any significant seismic movement since the 1600s – which worries seismologist and disaster responders in Southern California no end. This is because after such a long hiatus, a large quake with grave consequences for the densely populated greater LA area seems way overdue.

The central part of the fault (marked in green) shows a completely different behavior. The 80 mile long segment between the mission town of San Juan Bautista and Parkfield is called the "creeping section". Creeping means that the mechanical stress associated with the movement of the plates is not stored in the rock until it breaks in a big temblor. Instead the energy is released more or less continuously. You can see evidence of this creep in the pavement of Highway 25 south of the little town of Tres Pinos near Pinnacles National Park. There the fault crosses the road in many places. And its creep breaks the asphalt in a typical, staggered pattern which seismologists call "en echelon cracks". 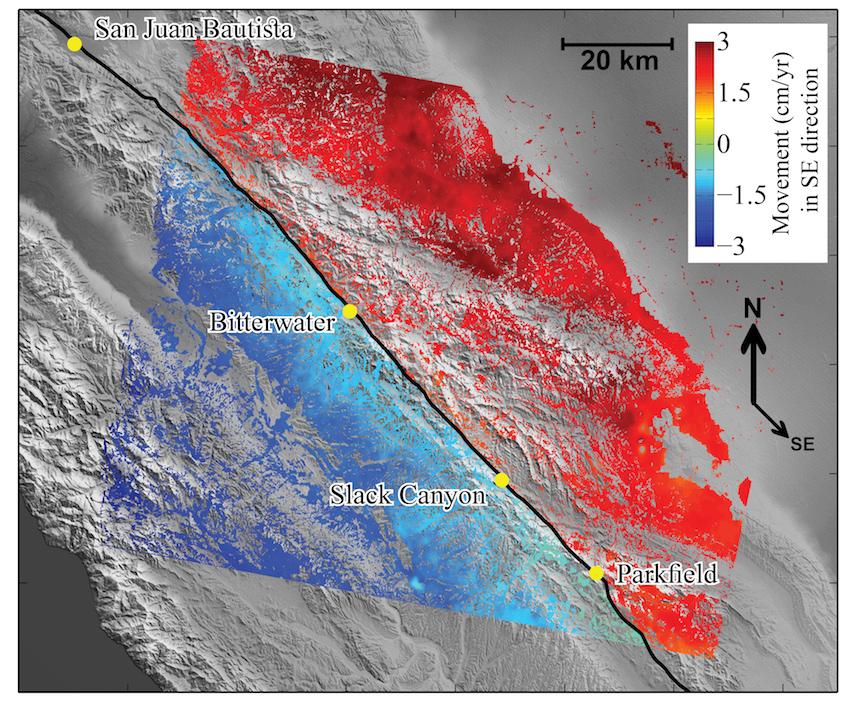 Figure 2: Almost ten years of radar satellite mesurements of ground movement along the central section of the San Andreas Fault are shown here. The red colors ground movement towards the southeast, blue color shows relative motion to the northwest. The depth of color indicates the average speed, which can be up to 3 centimeters per year. (Source: ASU)

Two researchers from Arizona State University in Tempe have now discovered that over the decades this creep is not continuous and steady, but that it comes in bouts. Mostafa Khoshmanesh and Manoochehr Shirzaei found that sometimes the two flanks of the fault in the creeping section stand still for months. At other times, they "race" past each other with a speed of about four inches per year. Taken together, this leads to an average movement of just over one inch per year.

They discovered this Yin and Yang movement of the creeping section by analyzing data from radar satellites that fly over the area making measurements several times each year. Combining the information from each overflight, they generated detailed maps of the movement of the Earth's surface with a numerical technique called "InSAR". Figure 2 shows the average movement over almost 10 years.

Why are these findings important? If the speed of creep were indeed constant – as hitherto assumed – the central section of the San Andreas Fault would generate a steady transfer of mechanical stress to the neighboring segments at their respective meeting points. In contrast, a creep with speeds as variable as they have now been found to be means that the stress exerted on neighboring sections varies over time. This in turn will change the potential for triggering earthquakes in the neighboring sections. Hence, Khoshmanesh and Shirzaei suggest that these variations should play a role in calculations of the seismic hazard emanating from the different segments of the San Andreas Fault. At times of fast creep, the hazard may be higher than is currently assumed. (hra156)